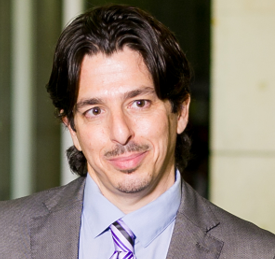 Three and a half years ago, on my 37th birthday, I started emailing fertility app developers about an 'Automatic BBT Accessory'. That was already six months into the project, and I still didn’t know it would be called Tempdrop. I wanted to share this screenshot to illustrate that putting user interests first were all there from day one: The open approach that the data belongs to the users, promoting integration to all apps to enhance your personal choice. Providing accurate BBT synced automatically, as well as sleep tracking. I wanted to develop something for 'us' couples.

I knew this was going to be a journey, and the road could get pretty bumpy sometimes. But I knew where I was going, and that destination, outlined in the email, has become our company's 'Mission Statement'. It was long before any 'Wearable Fertility Sensor' or over-priced Bluetooth thermometers had existed on the net. Putting technical features, such as our accuracy and reliability aside, I honestly believe this differentiates us from any 'shipping soon' alternative.

We all make plans

I know many of you are anxious to get Tempdrop because you’ve made ‘plans’; and many of you can’t wait to get rid of daily wake-ups. I know this because you communicate that to us through dozens of emails and Facebook posts. Reading them is exciting and frustrating at the same time.

When our last update rolled out, we were about to sign an investment agreement. Our two primary goals for the funding were: 1) Setting up a production line to deliver Tempdrops to you. It was planned to take 6-8 months, i.e., Spring 2016.
2) Scaling product development, extending and polishing Tempdrop’s functionality MUCH FASTER. Unfortunately, we never got to that.

After three months of negotiation and several weeks in which draft agreements were exchanged between the lawyers, the investors backed away. It is very frustrating indeed, but it doesn't mean Tempdrop will not succeed - there is more to it than that. Typically, this is something many startup companies experience and it is all part of the growing pains necessary to bring a product to market.

So we redoubled our efforts and continued to move ahead.
The events and conferences we had attended to gain attention and exposure (read our Summer update for some background), were leveraged back to product development.
Last November, we hosted an event with the inspiring Ricki Lake and Abby Epstein promoting awareness of various contraceptive options and body literacy. Following the event, methods such as Fertility Awareness and Natural Family Planning were publicly discussed, bringing to light issues that are often disregarded or ignored. As a result, Tempdrop has gained major media exposure around the country. Since we anticipated that, it was the perfect opportunity for recruiting our beta testers. The study started to roll in late November. Recruiting & screening during December and data collection began at the turn of the new year. Women who practice fertility awareness methods and regularly track their BBT are wearing Tempdrop every night before going to sleep and are syncing their data in the morning.

I have to thank these amazing women. They are university students, nurses, working women and 'working moms,' and they all share the hassle of day to day wake-up temping. They had volunteered to join our study without asking anything in return and have kindly allowed us to share their personal stories and, later on, we hope they will be willing to share their personal experiences with Tempdrop. What did we learn so far?

The whole system is performing excellently: Starting from the armband and sensor, through to data transmission via Bluetooth to Tempdrop's app - running on various phone models. The collected data is uploading to the algorithm server and the result is displayed on the smartphone a few seconds later. This entire process runs seamlessly, at the press of Tempdrop's button.

TED Speaker and Data Scientist, Dr. Talithia Williams, together with Neuroscientist and sleep researcher Dr. Ari Schechter (About us), are analyzing users' data to make the algorithm 'Smarter' and identify User-specific Sleep-Temperature patterns.

Going back to the quoted email above: “Supposed to be launched by Q1-2013 - Talk about being an optimist ;-). Back then I was with only two kids and a 'destination'. But optimism is also finding those beautiful moments along the journey. When the road gets bumpy, it becomes the fuel that drives you to continue down the road. Our third child, Jonathan, is two years old now. Last week he asked me what am I wearing on my upper arm (I recently started wearing Tempdrop 24/7). So he now pronounces his first word in English in the cutest most adorable way.

To me, although I did not reach my destination yet, every 'moment' happening for the first time puts me in perspective. After all, Jonathan is holding EXACTLY what the quoted email above describes. It is real. it is Tempdrop :-)).

I know that YOU should be holding it by now, and if you do the math, Tempdrop will not be shipping this Spring. But I would like to remind you something from an optimistic perspective: We are getting closer to our destination, and as long as you have ordered Tempdrop, you're with us on our journey. As mentioned in past updates, Tempdrop is likely to sell for $129. We are also looking into various business models based on a monthly subscription, following investors' feedback.
All of this is irrelevant for those of you who have already placed an order, or will do so before we update the terms. So if you don't have an order in place - ORDER NOW, if you have friends 'sitting on the fence' - be a friend and let them know. Don't miss on this opportunity, because we will update the terms soon.